Plastic parts manufactured by injection molding and similar processes can contain internal voids caused by shrinkage during cooling or air pockets trapped during molding. Voids are most commonly seen in parts with wall thicknesses greater than approximately 6 mm or 0.25 inch, but they can occur in thinner walls as well. Internal voids can affect the structural integrity of a part and lead to breakage, and typically indicate that the molding process needs to be optimized. 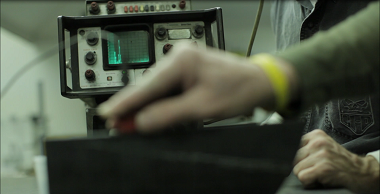 Ultrasonic flaw detection offers a simple method for locating internal voids without cutting or x-raying the part. High frequency sound waves coupled into the part by a small probe called a transducer will reflect from voids in a predictable way. Ultrasonic waves will travel through a material until they encounter a boundary such as a far wall, but if there is a void within the sound path that will generate an additional echo where there should not be one. By observing echo patterns on a display screen, a trained operator can quickly and reliably verify material integrity.
The type of transducer used in a given test will depend on the specific part geometry and thickness, but small diameter contact and delay line transducers are most commonly used. These include part numbers Ultrasonic flaw detection is a comparative process in which the echo pattern generated by a good part is compared with the echo pattern from a test piece. Changes in the echo pattern indicate changes in internal structure. In tests of molded plastic parts, the operator typically looks for the presence of echoes within a marked gate or window that represents the interior of the test piece. The presence of reflections in this zone indicates discontinuities such as voids, bubbles, or inclusions. 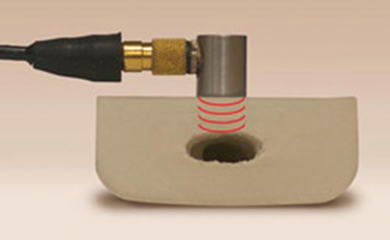 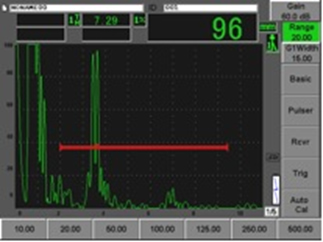